You’re invited to sing, dance, clap, cheer and move to the music with your friends from Bubble Guppies, PAW Patrol, Dora The Explorer, Shimmer and Shine, Blue’s Clues and You, Blaze and the Monster Machines and Top Wing in an unforgettable musical spectacular! Nick Jr. Live! “Move to the Music” follows Dora and her PAW co-hosts, Marshall and Rubble, as they team up with their Nick Jr. friends, live on stage together for the first time ever, in a one-of-a-kind adventure sure to excite the whole family! 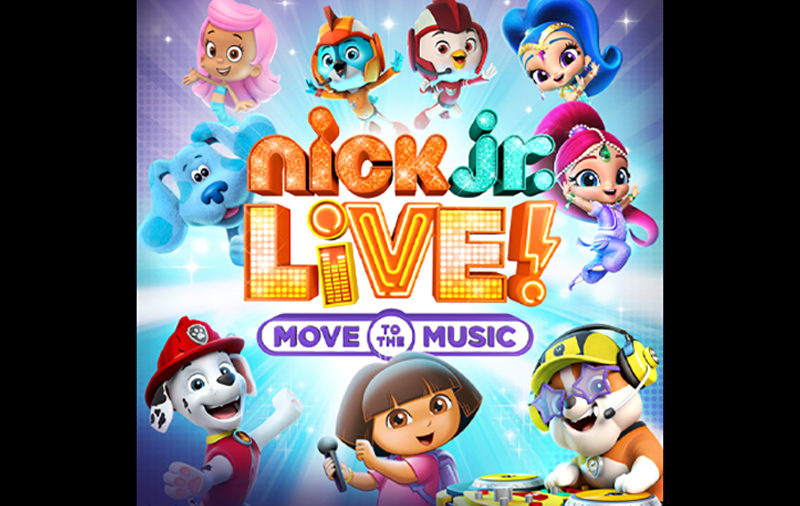