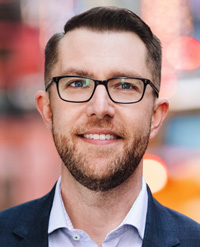 In addition to his producing projects Hunter is the founder and CEO of ARTech Holdings, LLC an incubator and holding company focused on generating technologies to support the live arts community. Amongst Artech’s offerings is the premier amateur theatrical ticketing and web presence software www.OnTheStage.com. Hunter earned his bachelor’s degree in Entrepreneurial Business from DePaul University and his Master’s in Business Administration from TRIUM, a joint program representing NYU Stern School of Business, H.E.C. Paris and the London School of Economics. He is a frequent lecturer and guest professor on entertainment trends and economics, commercial theater and working in the arts. 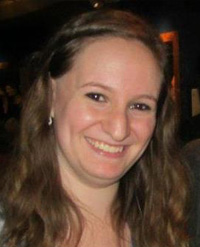 As Managing Producer at TBD Theatricals she has worked on The Jungle, Company, Diana, Mrs. Doubtfire, Tina: The Musical, Moulin Rouge!, The Cher Show, Pretty Woman, Head Over Heels, Dear Evan Hansen, M. Butterfly, Unknown Soldier at Playwrights Horizons, Kid Victory at the Vineyard Theatre and others. Kayla is also the Director of Investor Relations for the Broadway Strategic Return Fund, an investment vehicle dedicated to maximizing shareowner returns in the Broadway space. Independently, she has produced benefit concerts for GLAAD (Broadway Gets GLAAD) and The Trevor Project (Say My Name). In 2016, 2017 and 2018 Kayla was a judge for the SheNYC Summer Festival, a festival dedicated to supporting the creation of new works by female writers and composers. Kayla earned her bachelor’s degree in Secondary Education with a concentration in English at NYU’s Steinhardt School, as well as The Business of Entertainment, Media, and Technology in a joint program through NYU’s Stern School of Business and NYU’s Tisch School of the Arts. 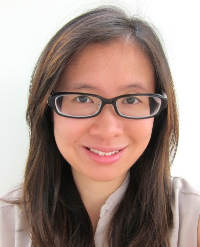 Ophelia is proud to sit at the intersection of theatre and finance, driving innovation in the live theatre industry to serve creatives and investors alike. In arts and entertainment, Ophelia was most recently a Producer at TSG Entertainment, managing and developing live shows and experiences based on TSG’s film slate. Before TSG, she created the role of Director of Strategic Initiatives at American Ballet Theatre.

In finance, Ophelia has worked across Goldman Sachs’s Hong Kong and New York offices in private equity investment management. She also served as a producer and production manager for the inaugural GSAM Symposium, a consecutive 32-hour global conference across 5 cities, broadcast live. Passionate about elevating underrepresented voices, Ophelia currently serves on the Board of Musical Theatre Factory. She is an avid supporter of all aspects of theatre-making, with a particular soft spot for lighting design. Originally from Singapore, Ophelia earned her Bachelor of Engineering from Duke University, with Majors in Biomedical Engineering and Economics, and a Minor in Theatre, and her MBA from Harvard Business School. 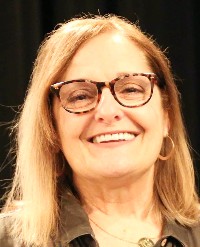 Associate Producer Tina Cocumelli focuses on finding and developing new projects for TBD. She joined TBD Theatricals after a long and successful career as a theatre educator. A Los Angeles native and graduate of the UCLA School of Theatre, she also holds a Master’s degree in Psychology & Counseling from Point Loma University. Tina has produced and directed over 200 plays and musicals with students and community theatre groups and brings this knowledge and experience to TBD.  Some of her favorite projects include Head Over Heels, In the Heights, A New Brain, The Curious Incident of the Dog in the Night-time, Dogfight, Chavez Ravine, Sweeney Todd, and The Kentucky Cycle. 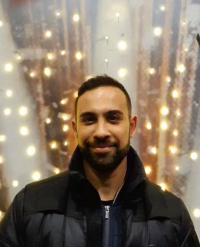 Ali Daylami (he/him) is an MFA candidate at Columbia University’s Theatre Management & Producing program. As a creative producer, he is dedicated to shaping an ethnically and culturally diverse theatrical future on Broadway, the West End, and around the world.

Production credits include Christopher Shinn’s Where Do We Live, 36 Questions, and For Molly at Lenfest Center for the Arts. In London’s West End, he was the creative consultant for Umm Kulthum & the Golden Era at the London Palladium. Internationally, he produced Pam Gem’s Piaf, Molière’s Tartuffe, Ron Bernas’ A Little Murder Never Hurt Anybody, and Toby Bradford’s & Tina Webster’s Christmas pantomime, A Cinderella Story 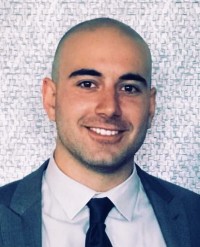 Prior to joining TBD, Ryland spent over 3 years on the Valuation and Modeling team at Grant Thornton, leveraging financial modeling and analysis to assist clients of all sizes in understanding their true value and the value of their underlying assets and investments. Ryland has valuation experience across a variety of industries including entertainment, healthcare, tech, construction, real estate, hospitality, and consumer goods. Ryland earned his Bachelor of Science in Business from the University of Minnesota with a Major in Finance (Curtis L. Carlson School of Management). 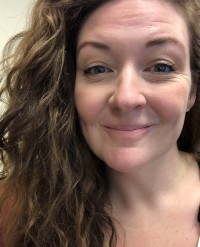 Hailing from Syracuse, NY, Kate Fahey has lived in New York City on and off for over ten years. She is thrilled to be working at TBD Theatricals as a Producing Assistant after working with the TBD Creative Media team for three years. Kate earned her MFA from the Actors Studio Drama School and her BFA from SUNY Fredonia. When she’s not working she can be found at the dog park with her lab mix throwing tennis balls. 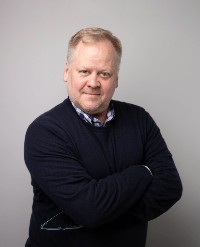 In 2010, Scott co-founded and was the Managing Partner of AKA NYC, an award-winning advertising agency with unparalleled expertise across the arts & entertainment, leisure, travel, retail, and tourism sectors. During his 10-year tenure, AKA NYC grew to one of the top entertainment arts advertising agencies in New York City with more than 100 Broadway clients including Matilda the Musical, Deaf West Theatre’s Spring Awakening, Tina: The Tina Turner Musical, The Inheritance, Anastasia, Sunday in the Park with George, A Christmas Carol, Once on this Island, Come From Away and Company. Destination and Cultural Clients included the Metropolitan Museum of Art, New York Botanical Gardens, The Metropolitan Opera, Hudson Yard’s observation deck Edge, and New York YMCA.

Scott came to AKA with more than 20 years of Broadway, national and international marketing, sales and campaign management experience. Previously, Scott was the Director of Marketing for Kevin McCollum and Jeffrey Seller at The Producing Office where he directed and supervised the advertising and marketing efforts for Avenue Q, In the Heights and Irving Berlin’s White Christmas, as well as West Side Story. Until November 2005, Scott was the Vice President of Worldwide Marketing for NAMCO, an association that dated back to Gypsy starring Tyne Daly in 1991 and included Grease! and Annie Get Your Gun, starring Bernadette Peters and subsequently Reba McEntire. Most notably, Scott spent a decade shepherding Chicago The Musical on Broadway as well as in London, Sydney, Melbourne, Berlin, Vienna, Stockholm, Buenos Aires, Mexico City, Moscow, Amsterdam and more cities than can be listed in the United States. 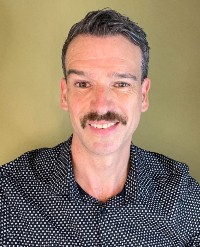 Joe Paparella is thrilled to be joining the TBD team and getting the chance to work with Hunter Arnold. Prior to this, Joe assisted Dorothy Berwin with her film company Infilm Productions and the foundation Berwin Lee London New York Playwrights (shared with her partners Mark Lee and Tom Kirdahy). Joe also worked on the Broadway productions of Les Miserables, Jesus Christ Superstar (2000 revival) and Good Vibrations, as well as on tour in Martin Guerre, Mamma Mia and Ragtime. Raised in Trenton, NJ, he studied musical theatre at the Boston Conservatory and resides in Hell’s Kitchen. 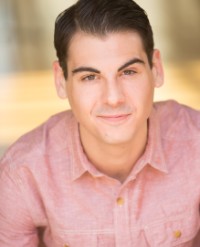 Andrew is joining TBD Theatricals after receiving his Masters in Performing Arts Administration from NYU Steinhardt. Previously, he has worked for nonprofit theatre organizations in NYC including National Queer Theater and En Garde Arts. Andrew is particularly interested in the intersection between nonprofit and commercial theatre, and how the two entities can support one another in creating new and thought-provoking art. 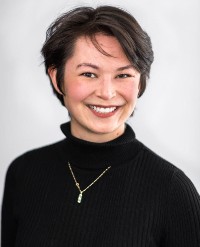 Prior to joining TBD, Elizabeth assisted the Aksia LLC portfolio advisory team in delivering alternative investment solutions to institutional investors. She has additional experience assisting the East Rock Capital operation’s team in serving the firm’s family clientele. Elizabeth also brings with her an extensive arts administration background, with a strong eye for diversified storytelling. She has participated in Seattle Repertory Theatre’s Professional Arts Training Program and the Intiman Emerging Artist Program, with further production credits at Pittsburgh Public Theatre, A Contemporary Theatre, The 5th Avenue Theatre, and ArtsWest Playhouse. Elizabeth graduated from the University of Washington with a B.A. in English and Drama. 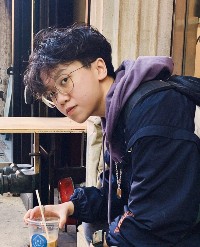 Melvin is now a M.A candidate in Performing Arts Administration at NYU. She is a theater nerd and has been working widely in theater production and filmmaking industry as a producer, writer, director and actor. Before she came to NYC, she worked professionally as an executive producer at U-Theater in Taiwan. She earned a bachelor degree in Marketing in Zhejiang University, and had several entrepreneurial experiences. She is now working on a project to start a non-profit theater company to produce theater works telling and engaging in Asian stories and experiences in NYC. Melvin is excited to join TBD Theatricals as a producing intern and starts her new journey in NYC.